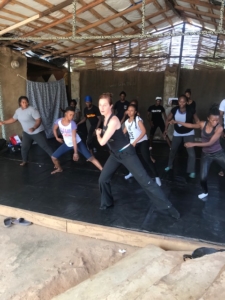 Compagnie Jiriladon is led by Fatamata Bagayoko, an alumnus from the training Identité cutlurelle en Mouvement (2010) with the Conservatoire in Mali and company Wâlo in Benin. After a successful solo on female circumcision, she has formed a group with the task of raising awareness of the position of women in general and female circumcision in particular, through dance and theater to the attention of a large audience. By creating performances with and by young people and giving workshops to vulnerable young girls and women. The training works on dance technical skills, composition and didactics and also has a theoretical program on women’s rights. 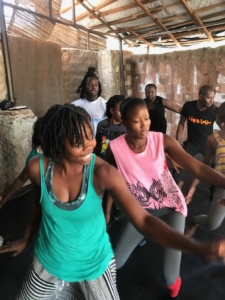 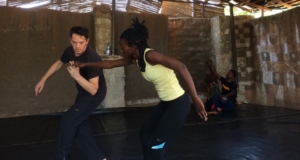 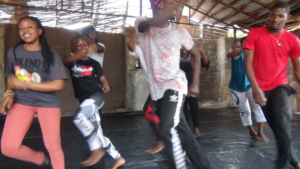