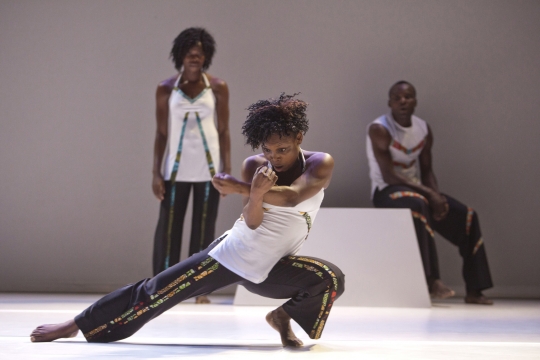 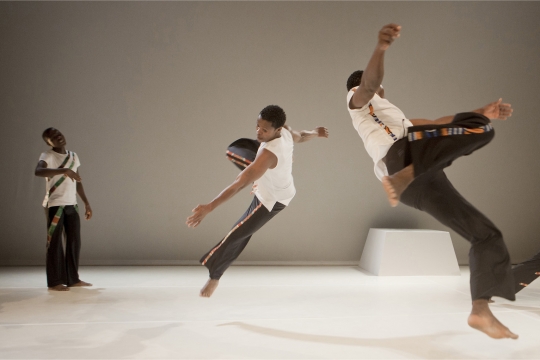 A performance in collaboration with Compagnie Walô. The central theme for six dancers is the search to balance their life between tradition and modernization. Locked up in strong family ties and traditions young people in the city try to untie themselves in a modern world of social media, mobile phones and high-speed engines. Fast forward and at the same time slowed down by tradition. Gendarme Couché literally means speed bump. During the day a mundane life, but at night they respond to the call of ancestors in the intriguing world of Voodoo. Two sides of modern African city life  reflected in the performance by combining traditional dance with modern classical music composed by John Adams.

‘The choreography is surprising and exactly where Le Grand Cru and Compagnie Walô stand for: a fluid fusion of contemporary dance and music with authentic dynamic dance from Benin. Interculturality in optima forma, executed in a beautiful balance of authenticity and modernism’. Saskia Broekman in Africaserver

Gendarme Couché or parts of it are regularly performed by Compagnie Walô. The performance is a coproduction with Grand Theatre, Groningen and Theatre Embassy, Amsterdam and has been realized with the help of the Dutch Embassy in Benin, Stichting DOEN and Fonds voorCultuurparticipatie. The Dutch tour included twelve performances and ten workshops at highschools in the Netherlands. In Benin the performance was a.o. presented at the bi-annual theaterfestival FITHEB. 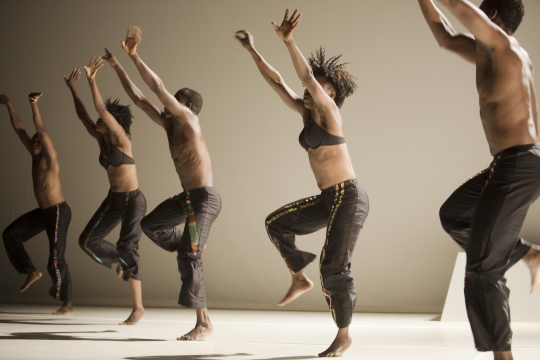 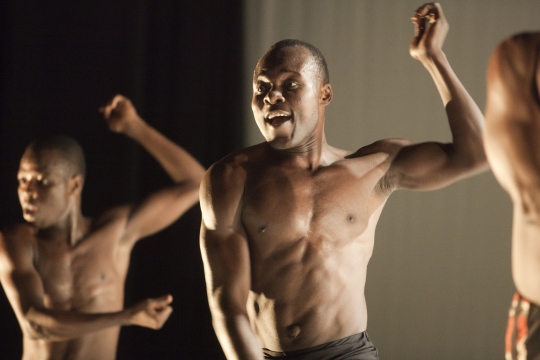